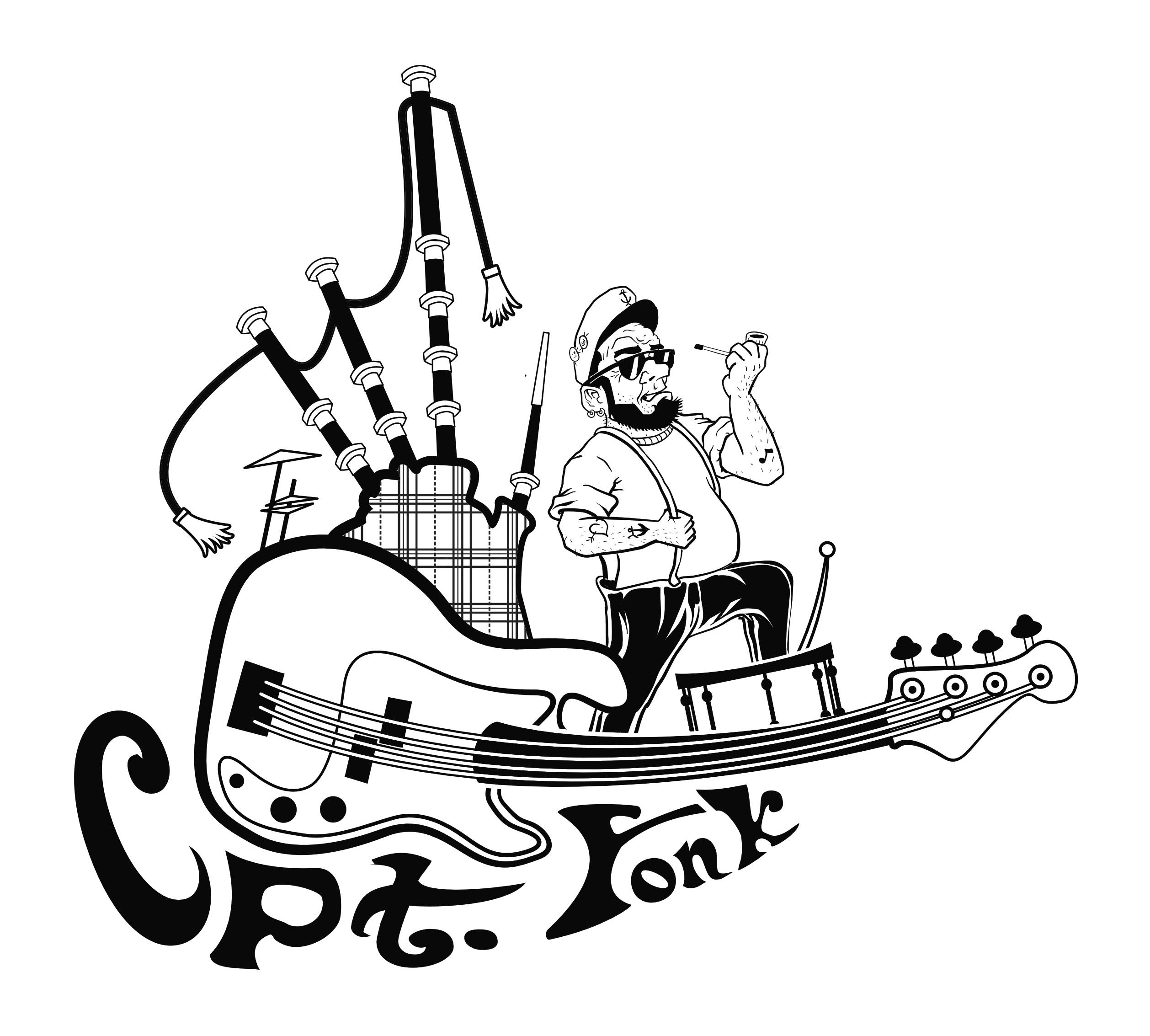 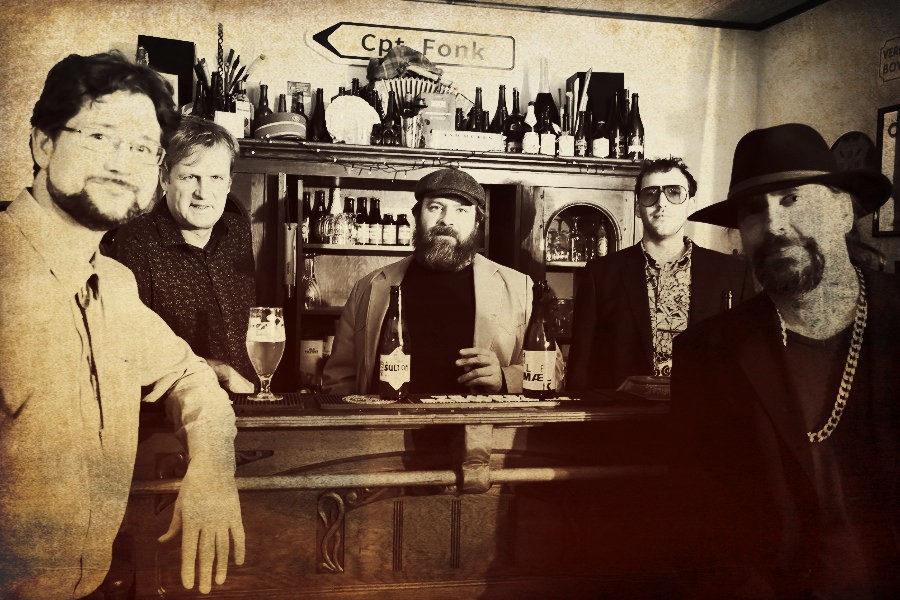 Once upon a time, there was a boy named William Oswald Henry Teach. Growing up in the splendid highlands, he worked the land, swam the rivers, fished the lakes and enjoyed the wild music of the bagpipes. But as he grew older, Billy started feeling restless and discontent. He roamed the country far and wide searching for a sound, a groove, but found nothing that could quench his musical thirst.

Until one day, he had an epiphany! He picked up the pieces of his idea, changed his name to Captain Fonk, bought a brand-new bag and set out to find his disciples. Unfortunately, but a shock to no-one, everybody declared him mad as a hatter. Billie Teach died, years later, in a fight with a washerwoman. Reportedly she killed him with a viciously sharp slice of cake. Many have claimed to have met or seen Captain Fonk since then. They say he comes back in the strangest shapes, sizes or numbers, always bearing a different name...

Fast forward, 2019. Five dudes meet in a tiny bar with a dirty name in the town of Tielt. After a couple of enjoyable beers, they started talking music. Soon they found themselves bound by their unrivaled love for the beautiful melodies of traditional folk and the hipshake inducing grooviness of funk. Inebriated and entranced, their hips started moving and heads started spinning. ‘t Was then that the spirit of Billie Teach, lingering in musical purgatory for many centuries, dove down into their hearts and minds. With a great roar of agreement and a sound ‘Can I get an Amen?!’, they decided that the world was finally ready for this new kind of melodic funkatude.

In honor of their musical forefather, they decided to name themselves... Cpt. Fonk.