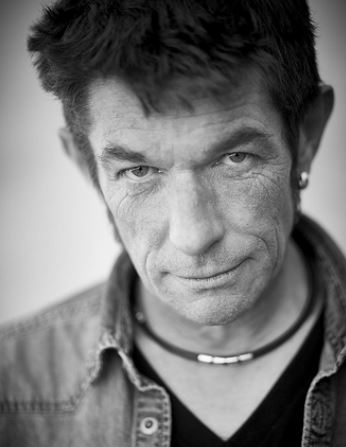 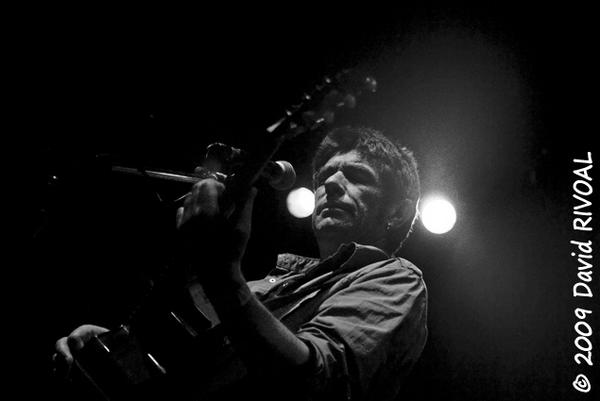 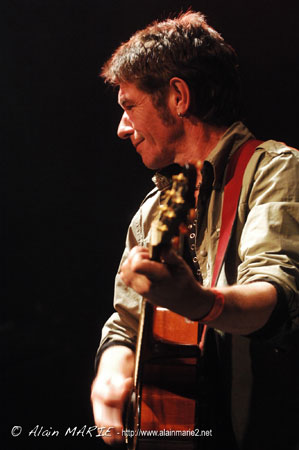 Dom Duff is one of the most exciting and innovative musicians from Brittany, much sought after as a studio and concert guitarist and singer.

He is also a wonderful singer-songwriter who started solo in 2000, after being driving force the infamous band Diwall. He spent his childhood in nearby bro Pagan (Pagan County), a coastal area by the Channel sea on the north-west coast of Brittany, close to Roscoff, and, like his parents, speaks breton language fluently.

Crossing breton influences and great guitar licks, all releases are in a cutting edge production.

The new album BABEL POW WOW, is in a complete studio mode, recorded by Dom himself. It contains a repertoire of refreshing unusual songs inspired by or adopted from his native breton culture, and celebrating
"Global Diversity". Blending great breton guitar licks, fiddle, mandolin, banjo, words, rythms, melody with folk/rock energy. The result is inventive and no doubt something that falls into the rabidly developing category of "Power Folk".

Duff the beaten track Duff’s music is what French teenagers call ‘ouf’ – by which they mean that Dom’s folk is mad, ‘fou’! But before he came out from his coastal hideaway and set off alone, eschewing the beaten track of Breton music, this Plouescat singer spent ten years as a member of the group Diwall. The year 2000 became synonymous with a giant leap into the unknown, heralding a new era for Breton music. A year with lots of 0s – an ideal time to go solo?
Passionate rage Brits call it Power Folk, and Dom Duff can set your hair on end and your ears on fire with his powerful, aggressive riffs. The lyrics are no less important, rugged and openly rebellious. The inventor of a new form of Breton musical expression, over the course of a decade this guitarist has shown himself to be the songwriter that the entire region was waiting for. He has even turned Breton into an international language, in contrast to current Celtic culture that he feels is too rigid. So there is good in Duff’s passionate rage, it’s a perfect shortcut to high flying. And if that weren’t enough to convince the sceptics, we recommend the albums (Straed an Amann, Lagan, E-unan and Roc’h) recorded by our raging wayfarer – that’ll make them adopt the right roc’h‘n’ roll attitude. These songs tattooed by our very own Dom Quixote, a knight beyond all reproach, now belong to them, and to anyone who wants to listen. Whatever happens, our deserving, dangerous Duff will still e ringing those summoning bells

- "...when Dom sings his breton language, it sounds like an international one."
Rock 'N Folk Magazine.

- "I love those people who are revitalising breton music. Dom DufF for example is very personable, his music comes from the heart."
Alan Stivell.Breton Magazine 08/06.

- "you know its a good thing when the tech boys walk past the windows of the studio jumping up and down and gesturing that they love your song!"
Feile FM Belfast.